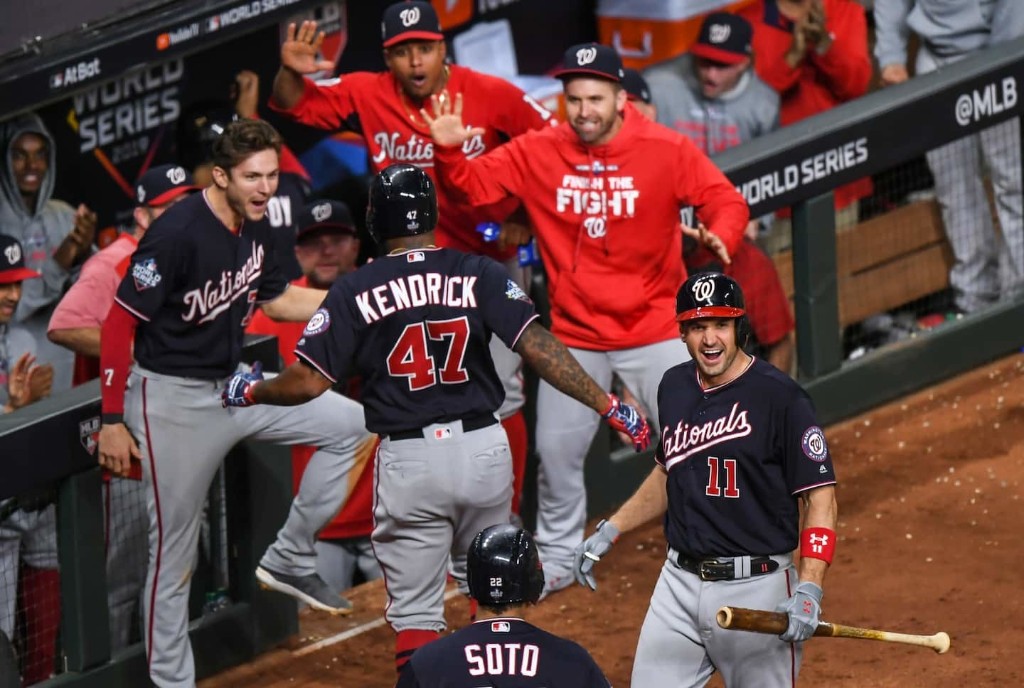 HOUSTON — Pay attention to the Washington Nationals’ victory parade Saturday. Make sure those who ride in those cars and sit on that stage appear young and hearty. Because if instead Anthony Rendon, Howie... 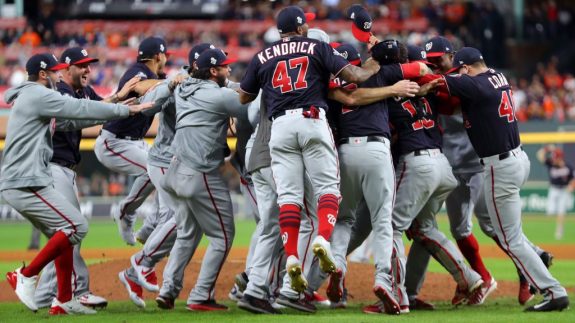 One of MLB history’s most improbable championship runs ended Wednesday night the only way it could — with an indestructible, indomitable Washington … 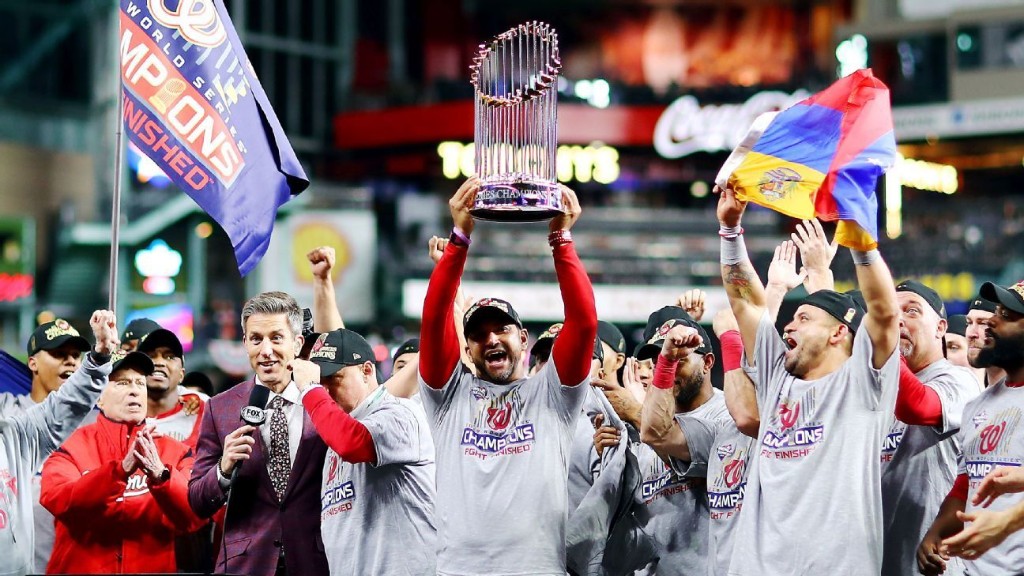 HOUSTON -- They used to call the Houston Astrodome the Eighth Wonder of the World. Maybe we need a nickname for what transpired Wednesday at Minute …

HOUSTON — The trophy was heavy, almost listing in the arms of the Major League Baseball official tasked to pass it off to Stephen Strasburg, but the Most Valuable Player of this 2019 World Series was ready... 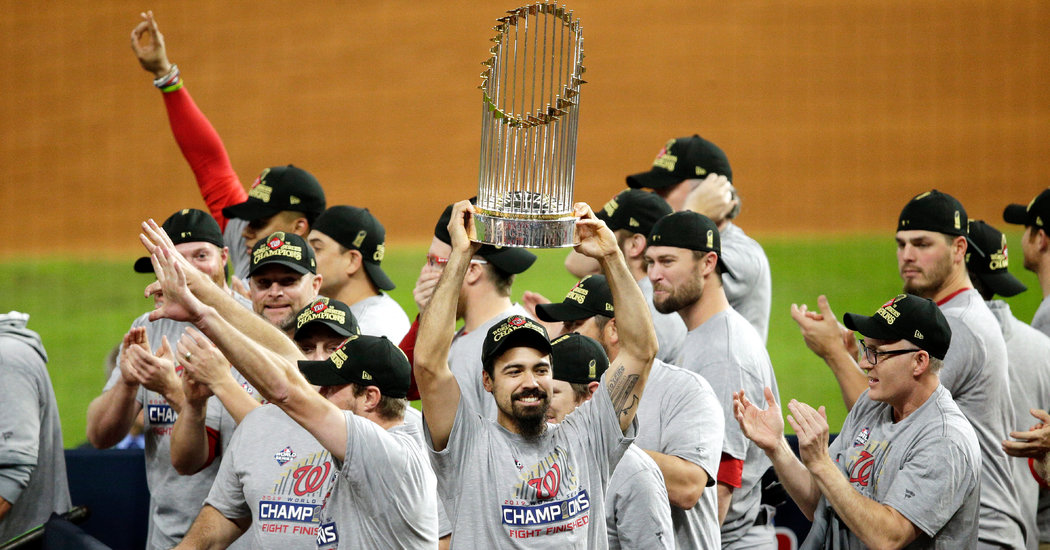 HOUSTON — It was the most frenzied hour or so of his baseball career, and Anthony Rendon had already done so much. With his Washington Nationals eight outs from elimination in his hometown, in Game 7 the... 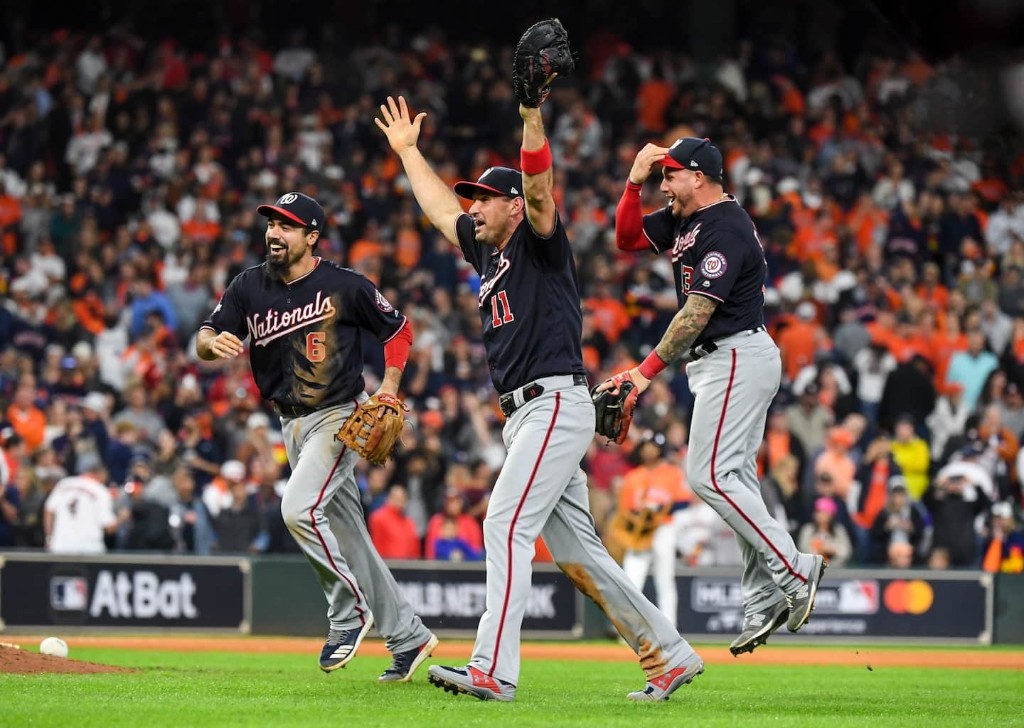 HOUSTON — In the end, one last time, they were dead and found life. What was this, the 33rd time that happened this month — one for each of the summers Washington went without baseball? The parade route... 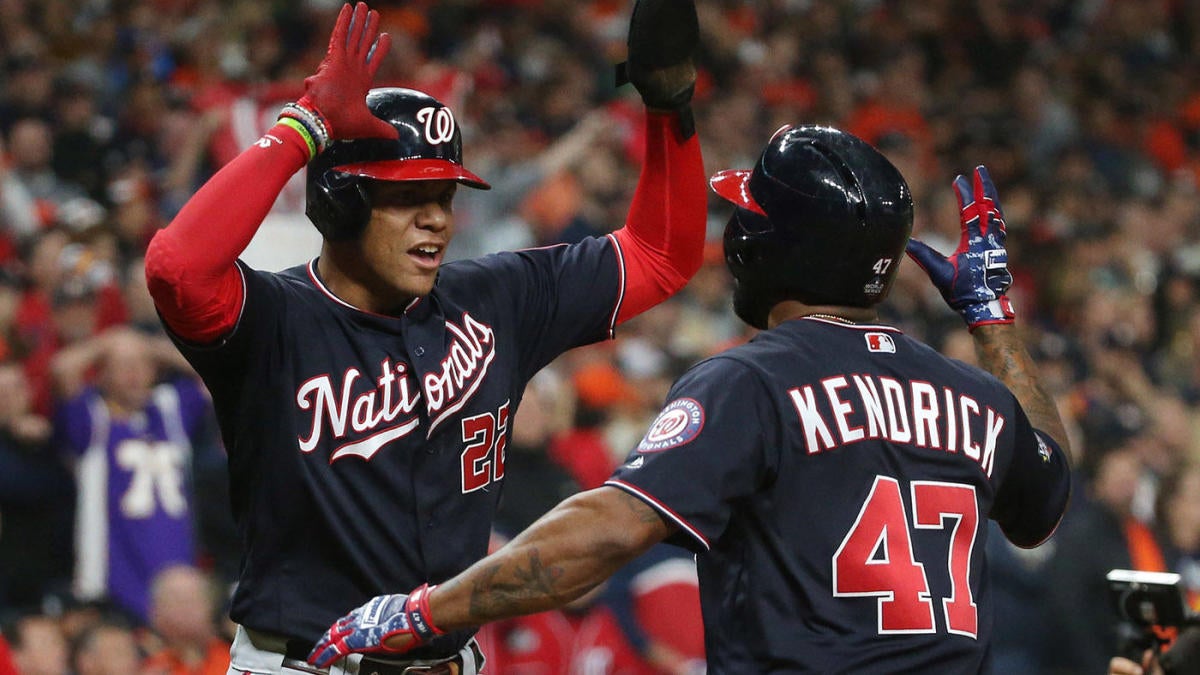 The Washington Nationals won the 2019 World Series on Wednesday, defeating the Houston Astros in Game 7 by a 6-2 final. Staying true to character, … 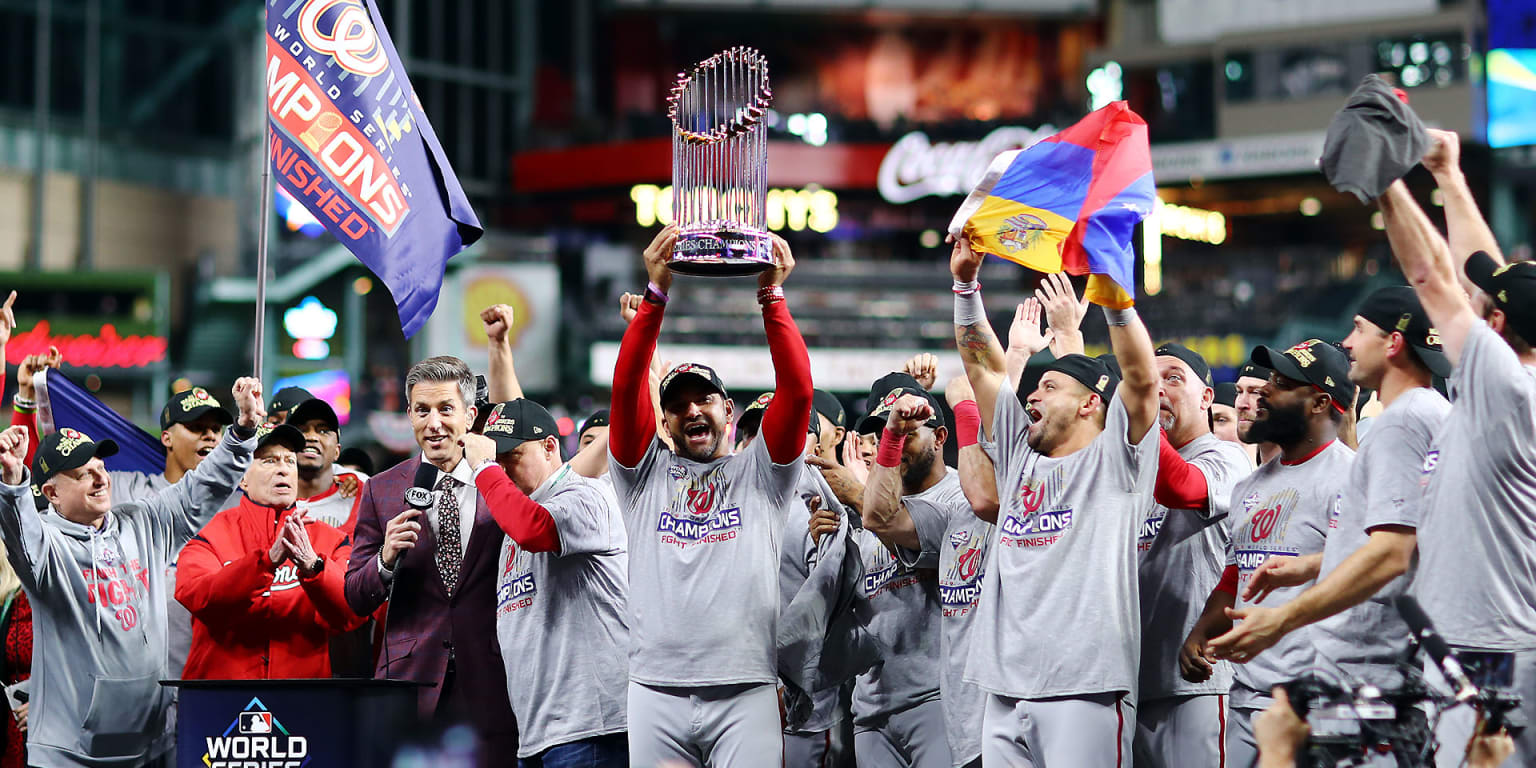 HOUSTON -- Down Howie Kendrickreached and off it went. Carrying far, slicing right, pinging the yellow-coated steel screen of the foul pole in right … 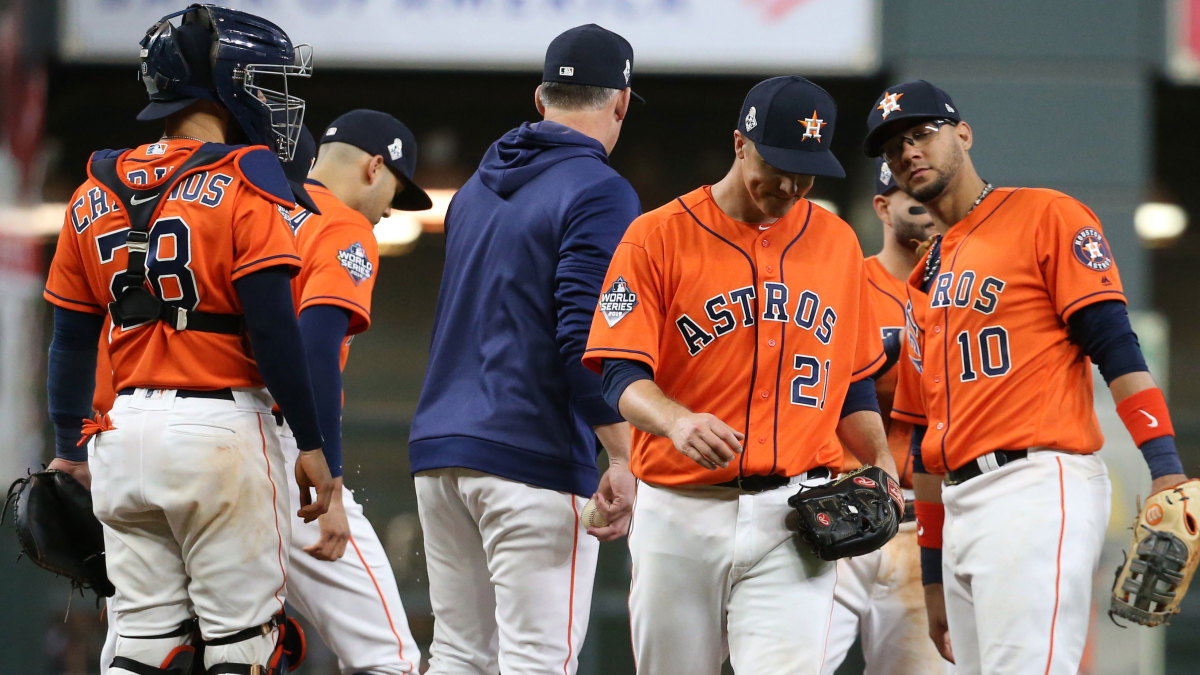 HOUSTON — Baseball offers no harsher end than a loss in Game 7 of the World Series. You have endured the April frost and July heatstroke, the …

The Nats' Improbable Run to the World Series Title