Ten years ago, Virgil Abloh, then working as a creative director for Kanye West, was one of a group photographed outside a Comme des Garçons show in Paris. Their outfits, which included Goyard briefcases, colourful thick-rimmed glasses, and leopard print trousers with cowboy boots, inspired a wave …

Lena Dunham’s in London, brushing her teeth and keeping two cats and a dog from causing havoc in her hotel room. “We’re getting ready to go to a Christmas tree raising,” she gleefully tells me with a mouth full of toothpaste. Though when I ask what that is, she isn’t quite sure. The New York-born …

Skrillex started the decade making tear-out dubstep bangers, and ended it producing beautifully subtle songs with Kelsey Lu and FKA twigs. It’s certainly not the career trajectory I’d have expected when I first heard the face-melting “Scary Monsters and Nice Sprites” back in 2010, but as the years …

“I hate my past, and I don’t want to know the future,” declares the title of an album that the photographer and poet Ren Hang uploaded to the Chinese social media platform Douban in 2012. Originally a site for movie reviews, for many years Douban was as a sanctuary for artists and alternative …

Every decade has a drug that infiltrates music. In the 1960s and 1970s, LSD and heroin helped musicians break on through to the other side, while cocaine gave 1980s pop music its turbo charge. Fast-forward to the 2010s, and it’s opioids that now have a grip over some of music’s biggest stars. Their …

In 2013, Migos – a rising rap trio from Lawrenceville, a suburb just outside of Atlanta – were already making waves locally when they released their breakout single, “Versace”, spotlighting their now-signature triplet cadence. In the four days since Migos had released their Y.R.N. mixtape featuring …

Going into the New York subway is like descending into the city’s id. The advertising hums with the anxieties of contemporary urban life: exhaustion, sluttiness, depression, indulgence. All packaged in the aesthetics of the age. The copy reads like a failed comedian’s Twitter. The matte pastel …

Ten years ago, I was holed up in my teenage bedroom spending hours upon hours online, and specifically on Tumblr. My laptop screen was a portal to another world; a universe in which girls were creating work to define their own existences. To push against reductive stereotypes and to clap back at … 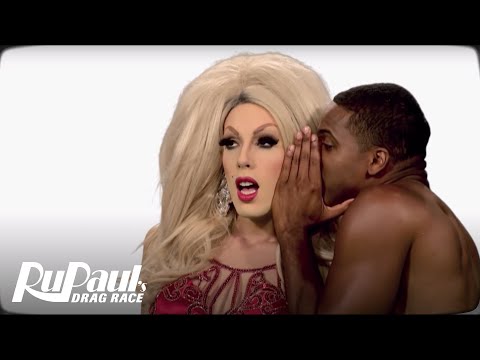 It was 2009 that RuPaul’s Drag Race first sashayed onto our TV screens. Produced by World of Wonder, the company that made Party Monster and Inside Deep Throat, Drag Race debuted on Logo TV – a niche US cable channel aimed at LGBTQ+ audiences. According to World of Wonder, they couldn’t get anyone else …

The End of the Decade